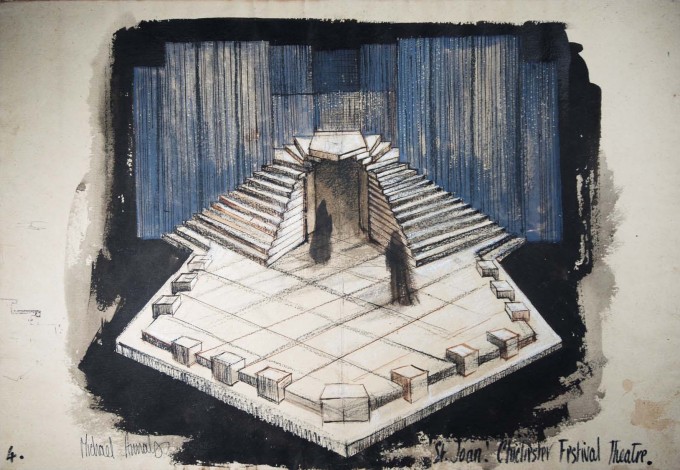 Pen and ink  design for the set of Bernard Shaw’s Saint Joan, portraying the three-dimensional effect of the thrust stage. The production starred Joan Plowright and was directed by John Dexter. 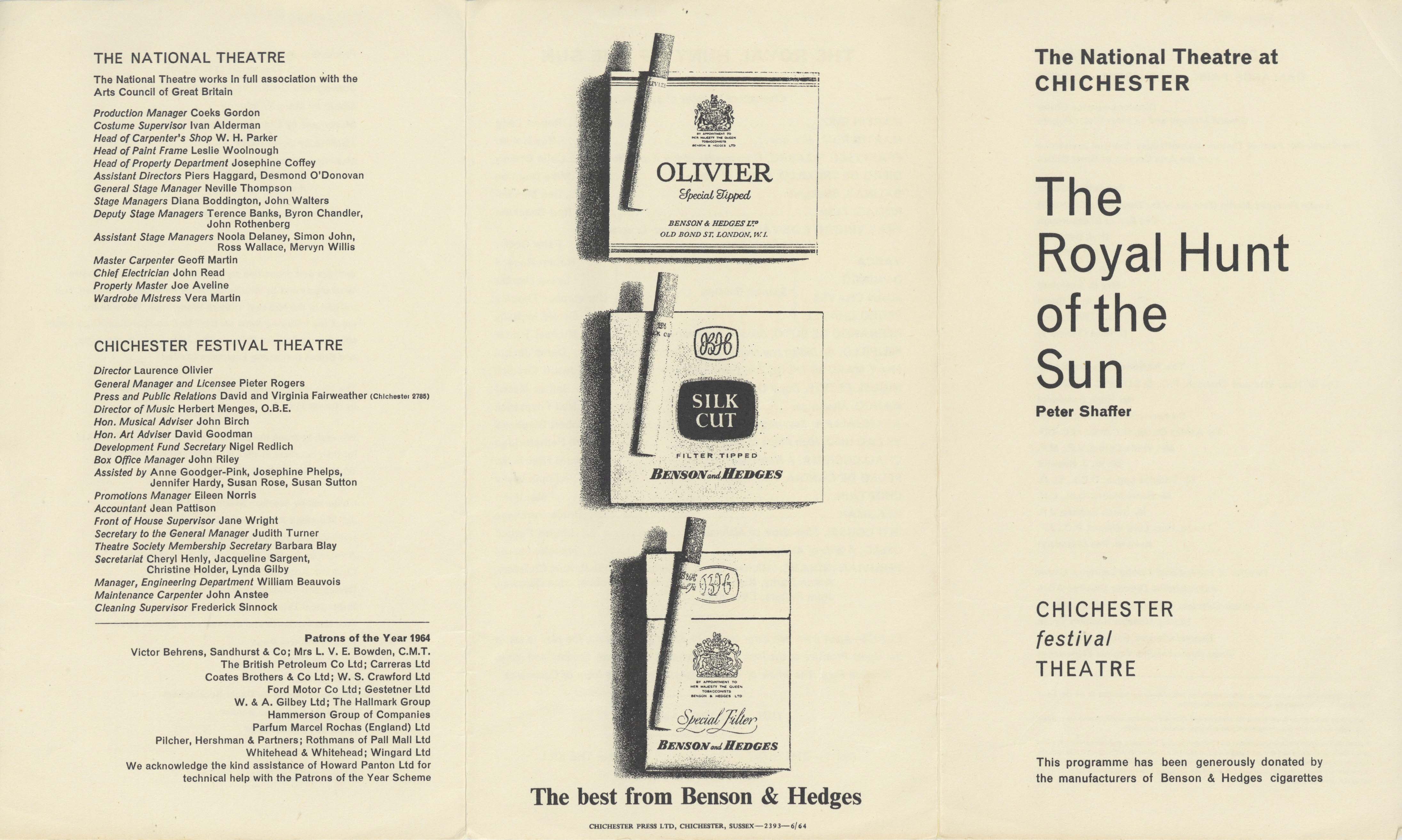 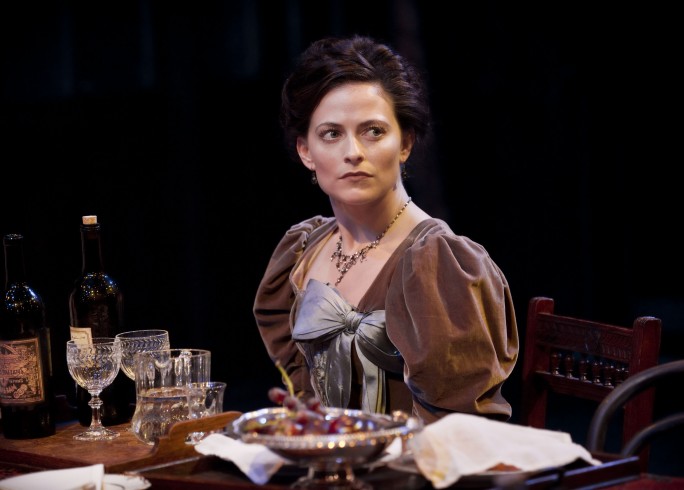 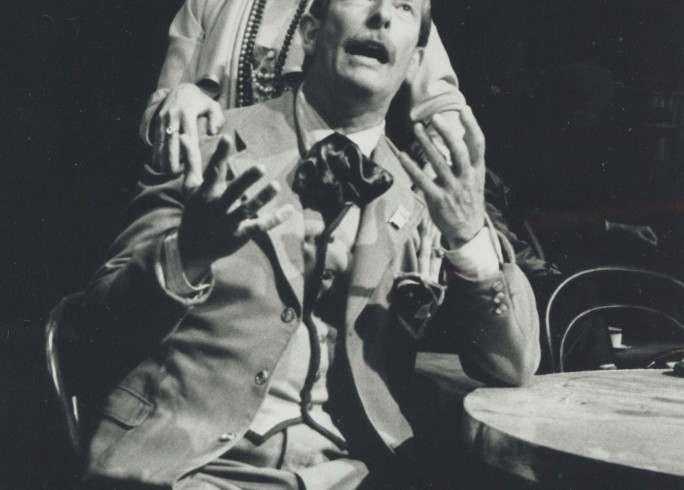 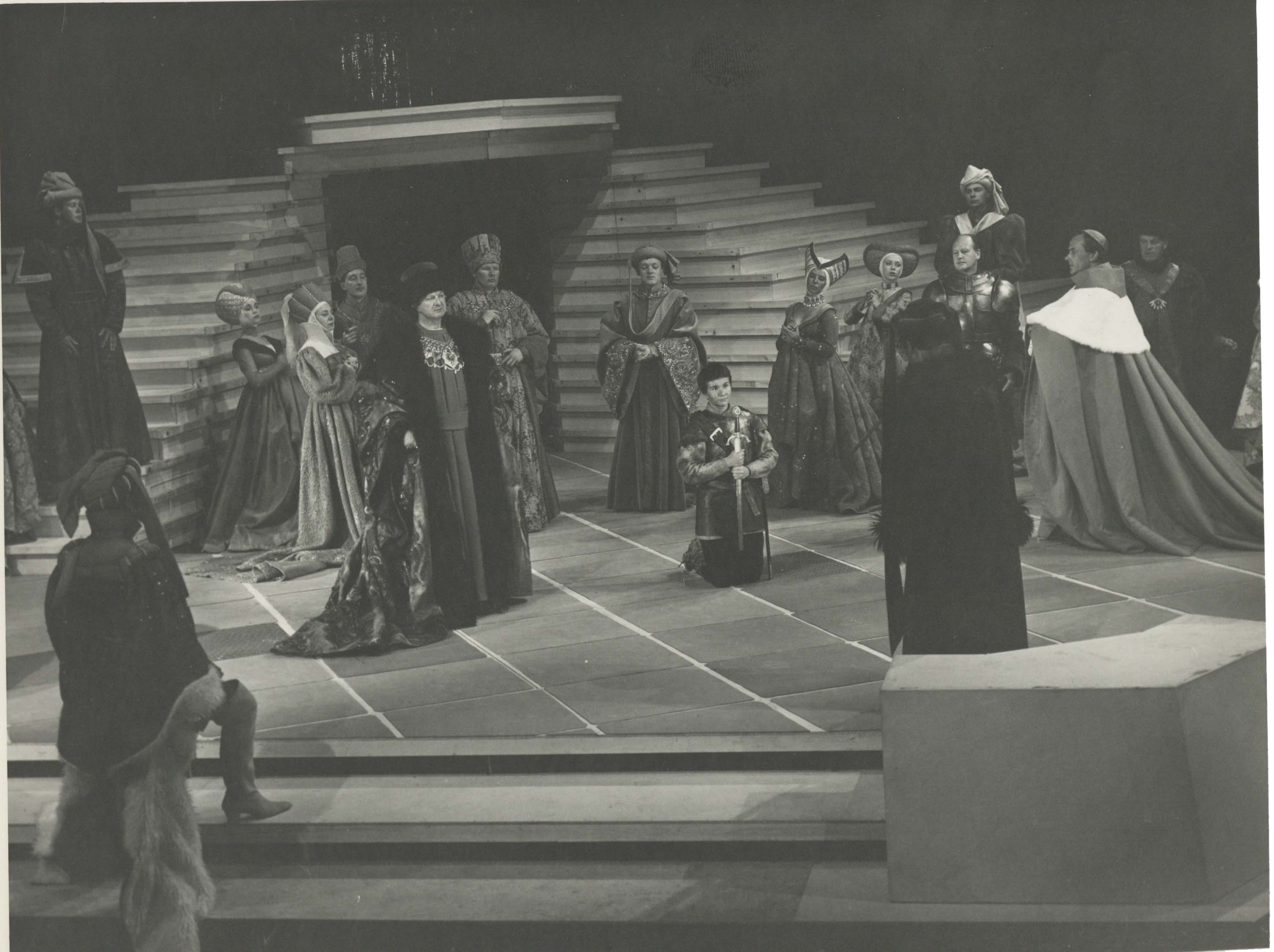 Featuring Joan Plowright as Joan and other members of the cast 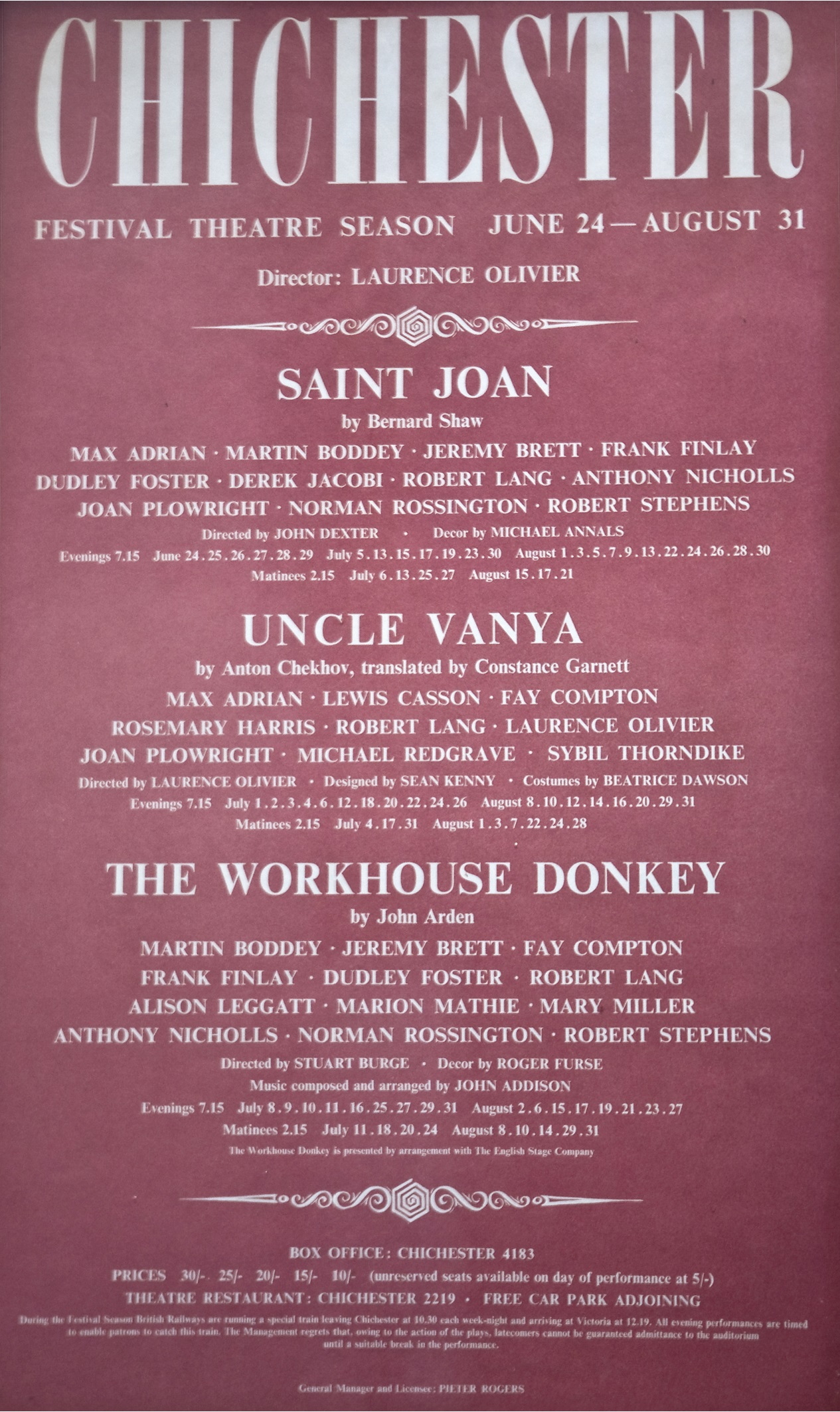 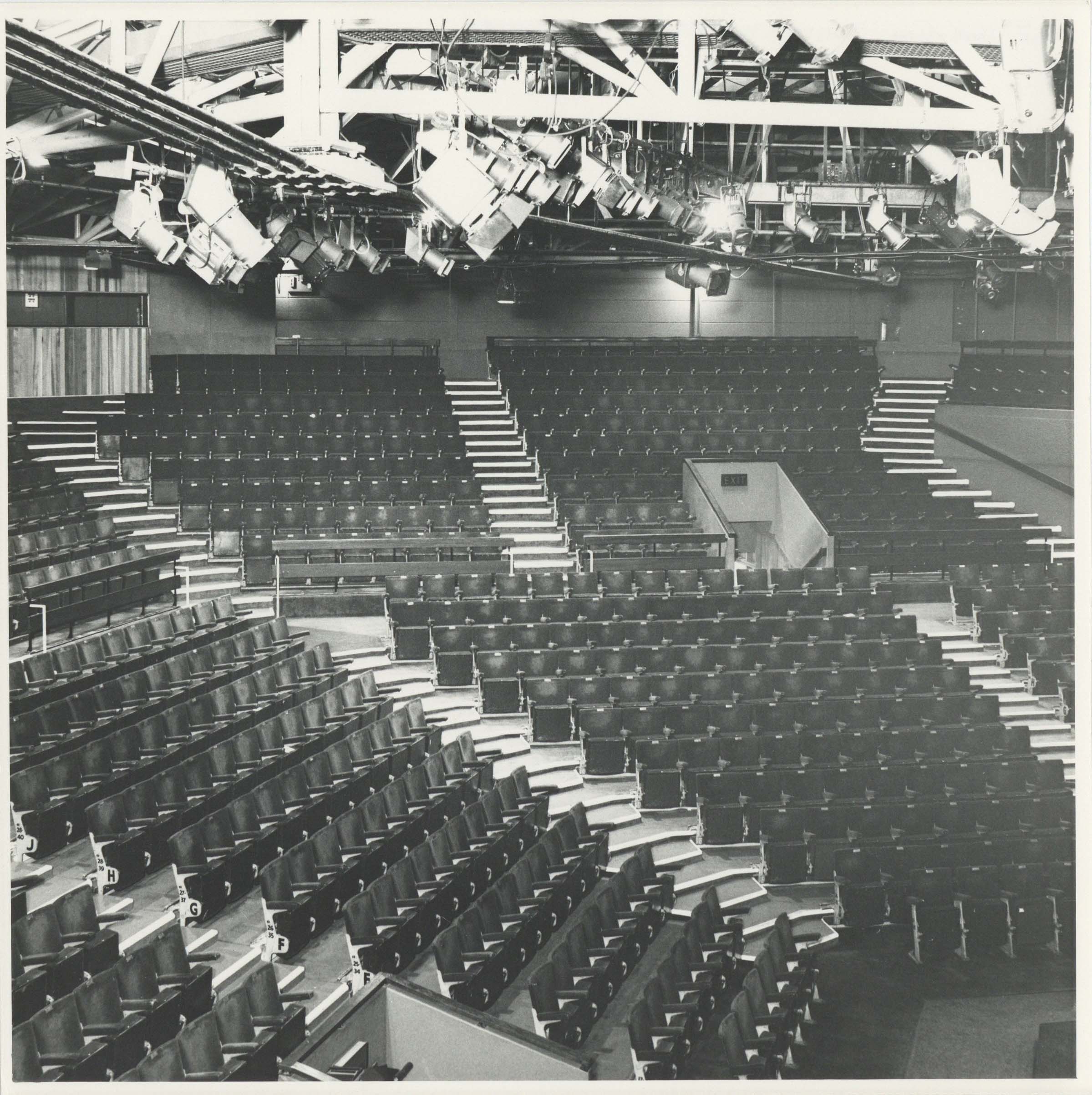 Showing a vomitorium and a glimps of the control room 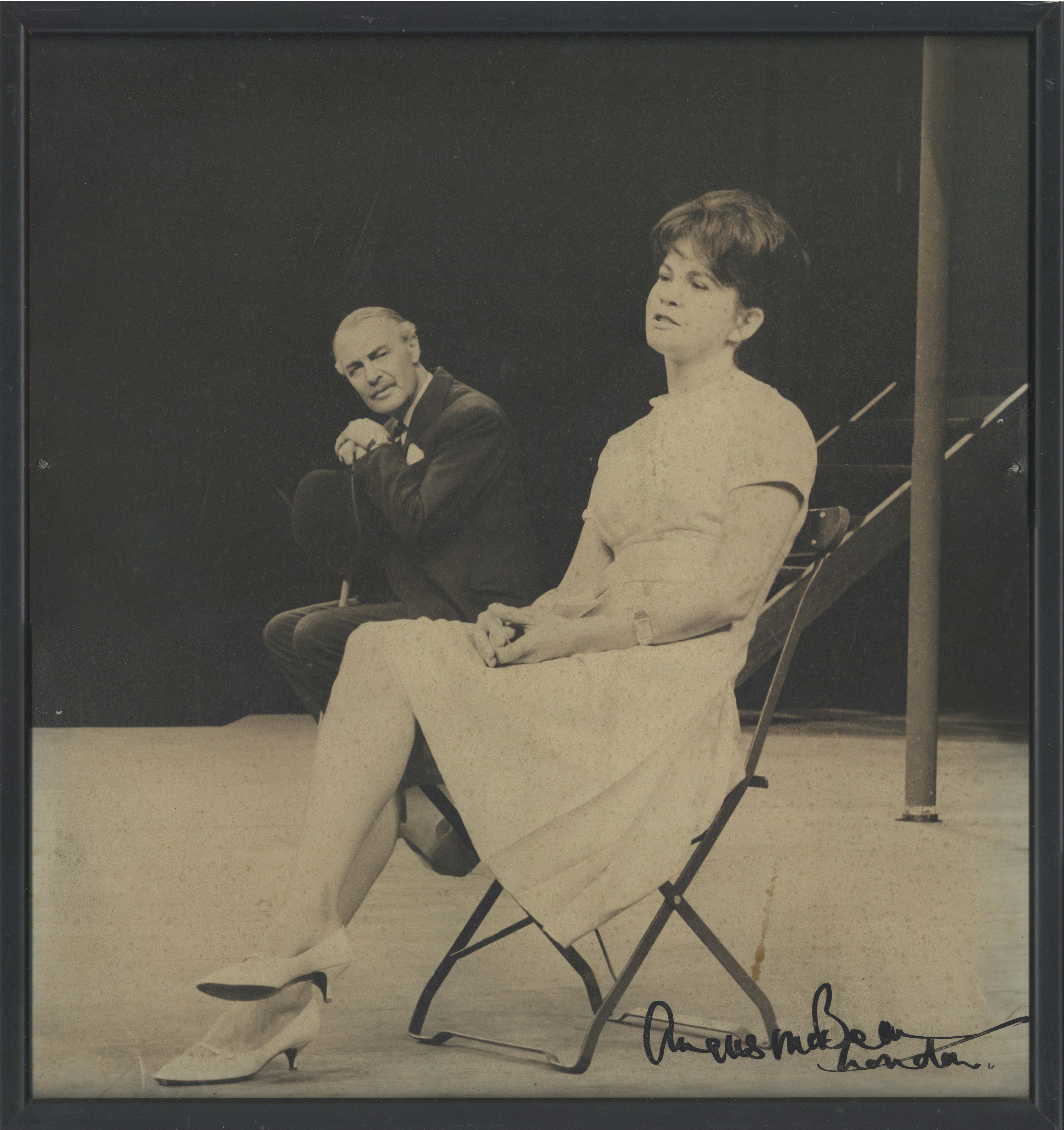