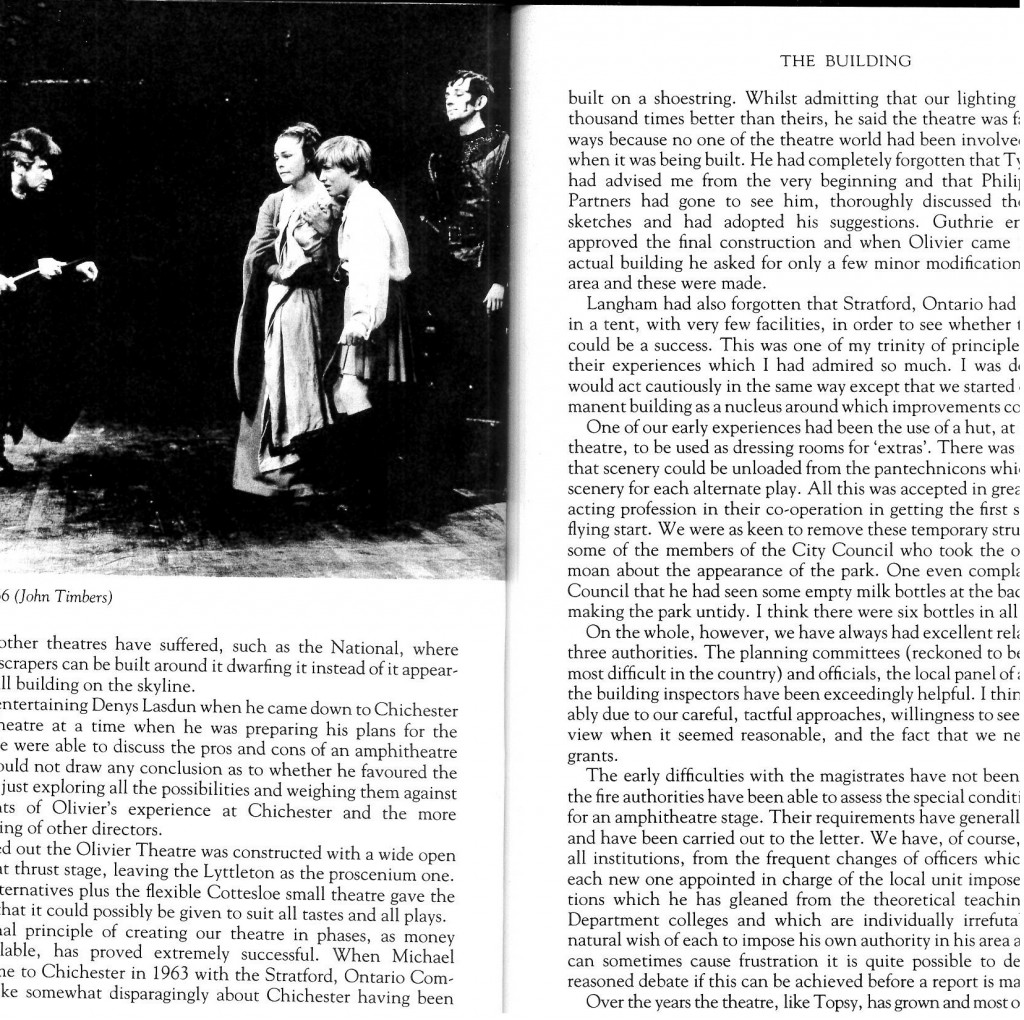 “Make me a world” and another show wonderful Christmas shows. Late 60s? Early 70s? (The latter, I think – our 3 young children loved these, and so did we!) 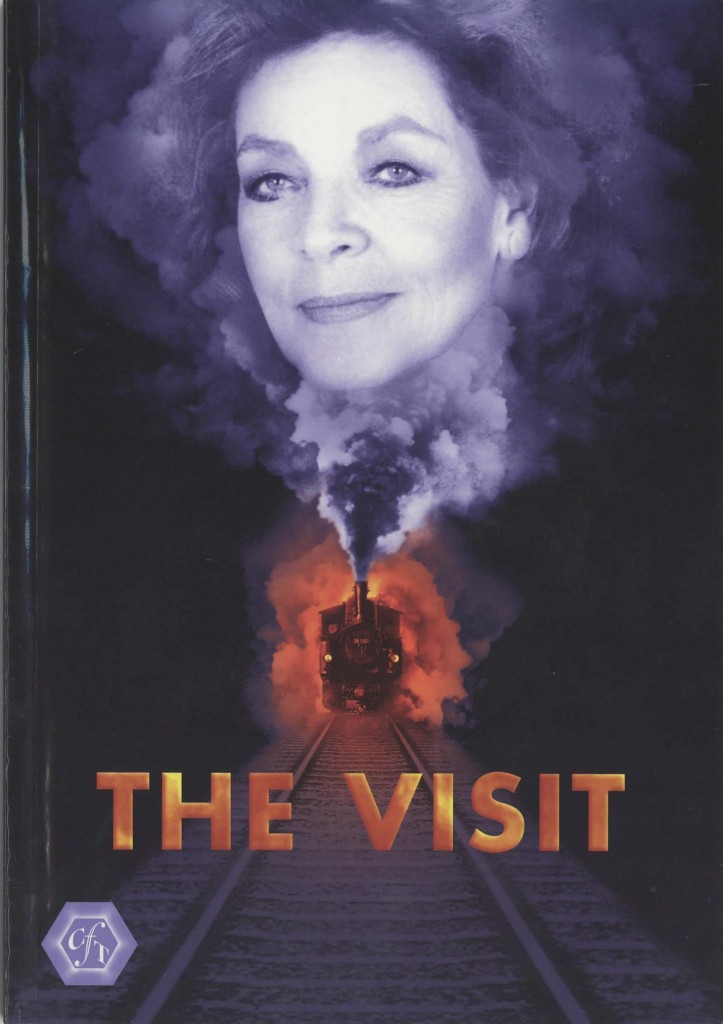 Travelled from London (where I then lived) to see Lauren Bacall on stage (with Joss Ackland in ‘The Visit’). Superb performance by a legendary actress, supported by a terrific cast and memorable staging which included a railway track (and miniature train). 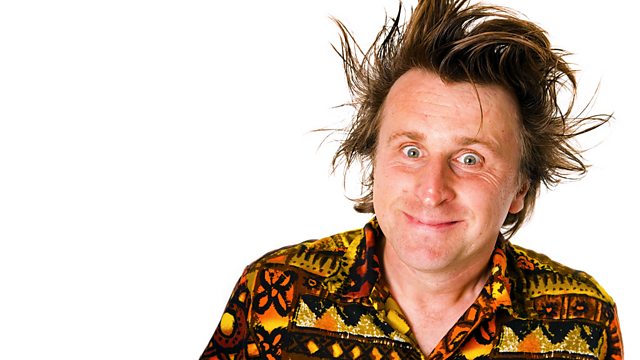 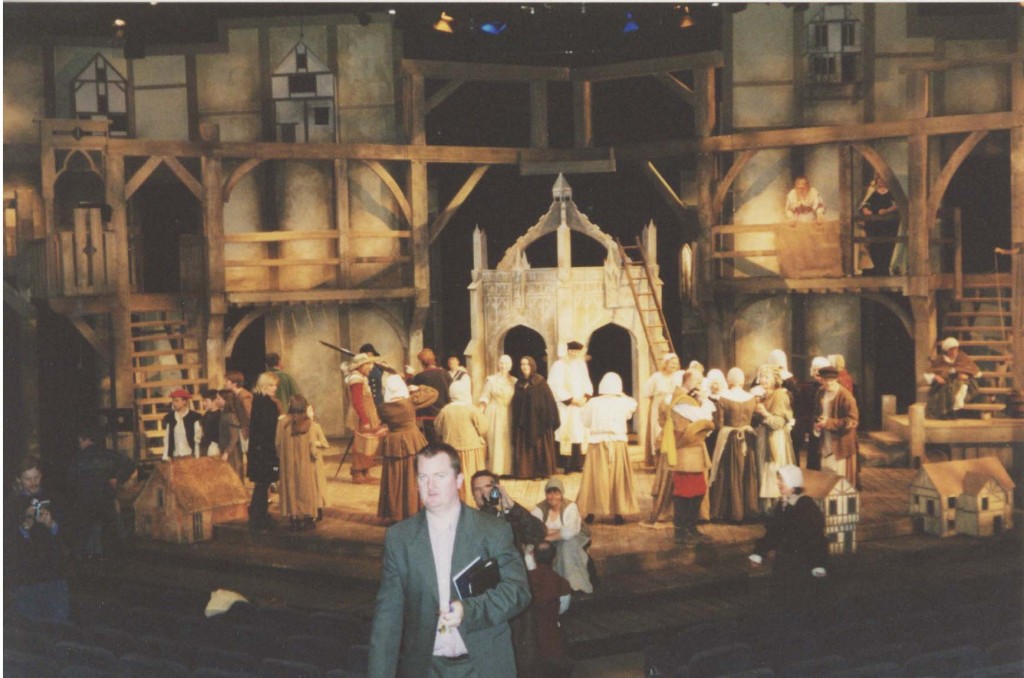 My best memories of CFT are of The Barchester Chronicles in April 2000. There was one professional director, Roger Redfarn, and some 300 amateurs who included actors, costumiers, make-up artists etc. I was in the dance team and in the crowds. It was great fun and a good re-launch for the theatre.

This was a fantastic musical experience, I remember the audience dancing outside the Theatre. It’s also particularly special for me as it was the first season I worked at Chichester.

Dr Kildare was played by Richard Chamberlain and I remember the excitement of seeing someone from the TV onstage at Chichester. Chamberlain was one of the most sought-after film and television actors of the time.

It was just such a spectacular production. My mother brought us down from London to see the play.

A comedy which nevertheless points up the futility of war by showing Mr Everyman being sent off to war through the ages, and the effects on his wife. 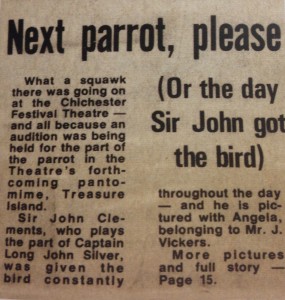 I remember this Christmas production, starring John Clements, had very stirring music. It was very good. There was also a real parrot in the production and I can still remember the parrot auditions now! 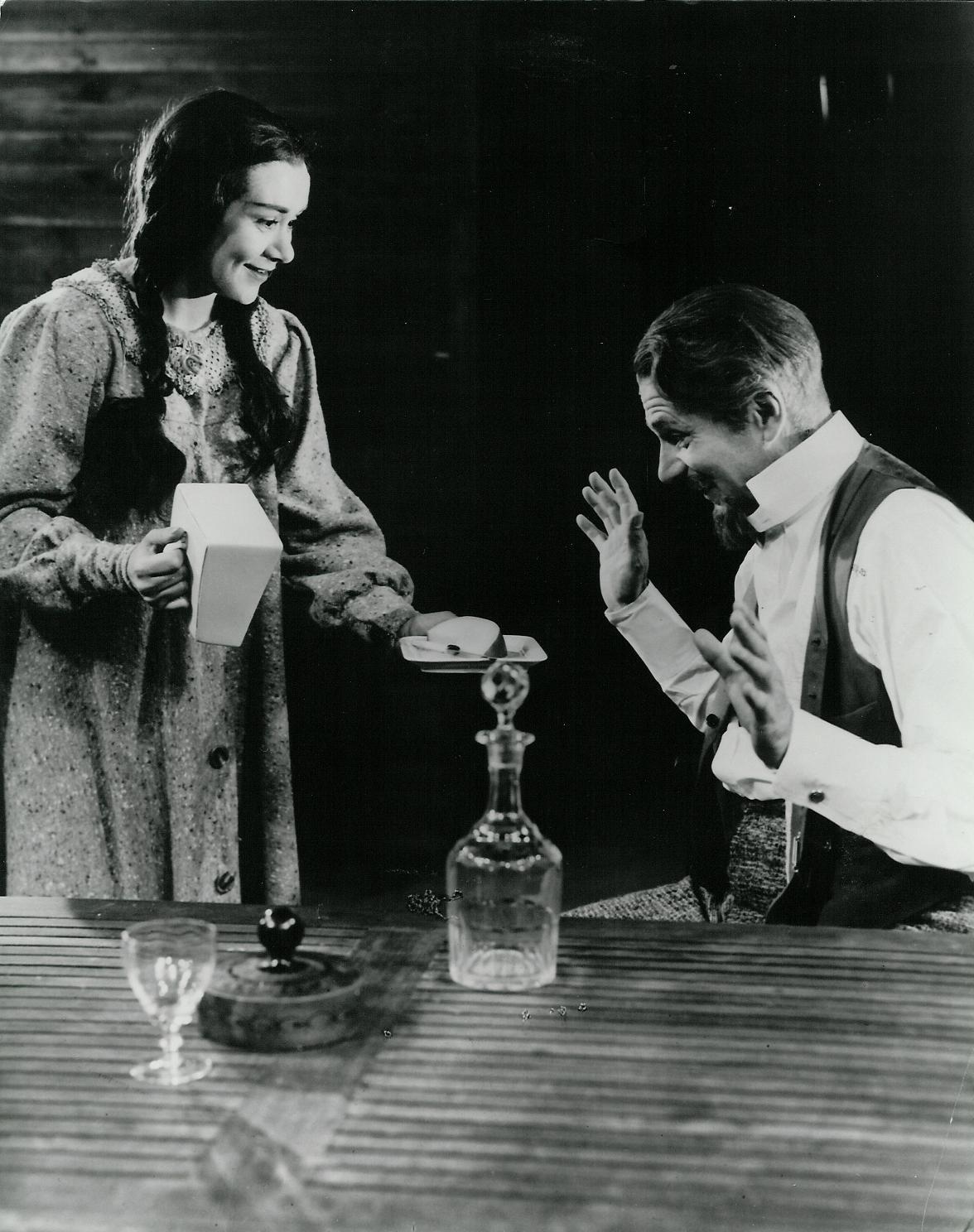 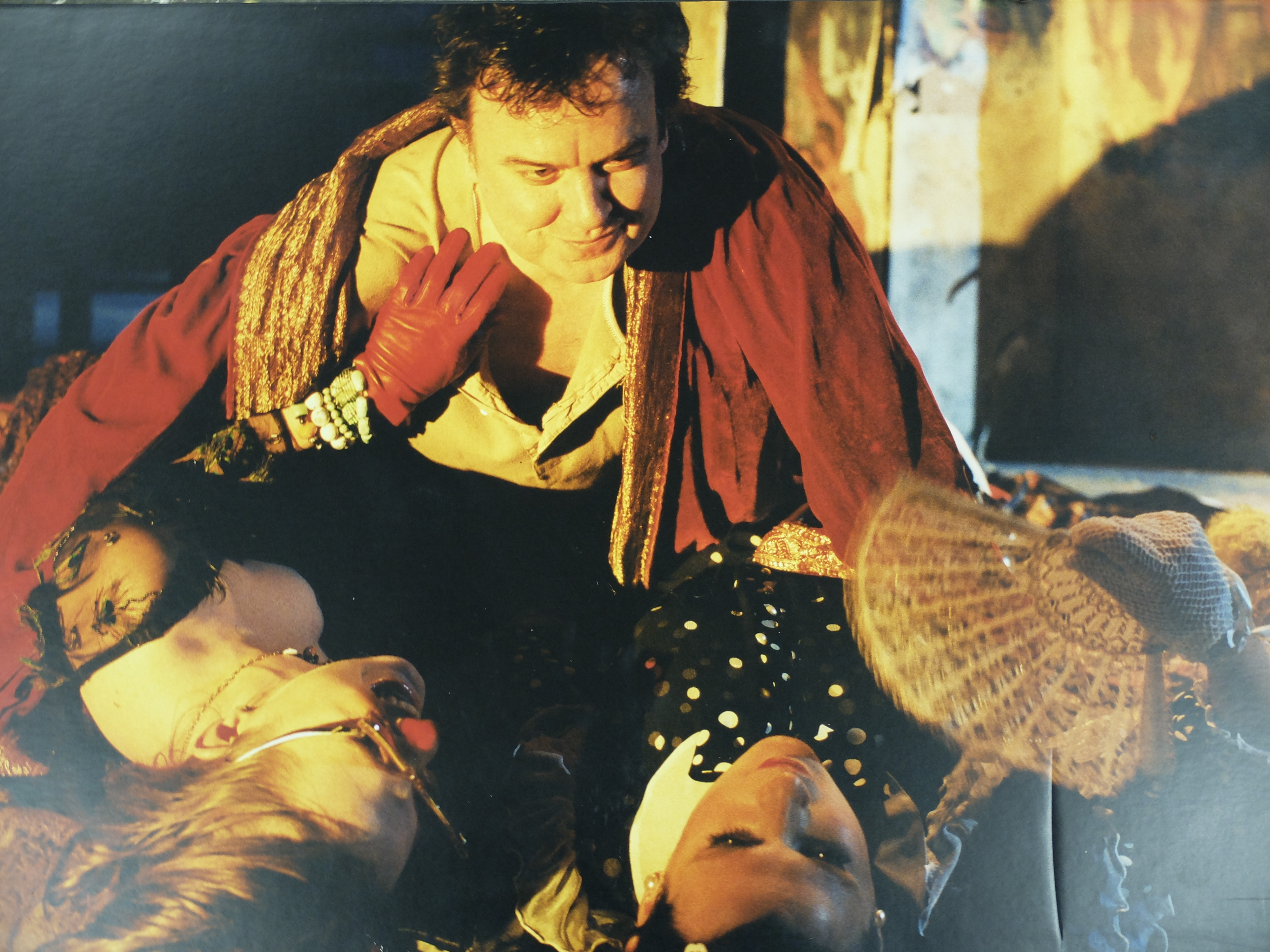 Read about the use of water and stage design in Singin’ In The Rain.

1. This was such a wonderful production, full of energy and talented performers. The creative team involved created a masterpiece.

3. I can not choose between ‘Singing in the Rain’ with Adam Cooper & the delectable Scarlett Strallen and ‘ Sweeney Todd’ with the brilliant Imelda Staunton and Michael Ball plus some incredible scenery. They were two incredible productions in the same summer and then both of them deservedly going straight up to the West End. These shows were so good that when you left the theatre you would have gone straight back in and seen them all over again.

5.  The staging of Singing in the Rain. The water and rain scene.

Read about the set and costume design of Terra Nova.

1. Decades ago but we remember it to this day as a fantastic use of the Theatre to invoke the Antarctic conditions, isolation of the men etc. with fantastic acting by a small cast – and didn’t rely on a ‘famous name’ to draw in the crowds. I remember it was one of those performances I love where its ‘must-see’ passed by word of mouth.

2. I remember this performance by Hywel Bennett as being absolutely outstanding – and I clearly remember being amazed on leaving the theatre to find that Oaklands Park was not under several feet of snow and ice!

3. My most memorable CFT production was Terra Nova which told the story of Scott’s last expedition.

An outstanding new adaptation by a local playwright of the book of the same name, superbly directed and acted. 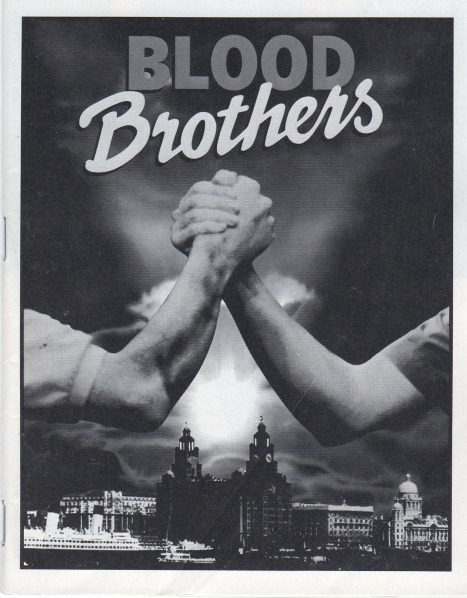 This was the version of Willy Russell’s Blood Brothers with Con O’Neill and Kiki Dee.

At the end there was a few seconds of complete silence followed by everyone standing up and applauding. It was a special moment following two very outstanding performances.

Other comments: It was the show that made me see shows I did not now much about. 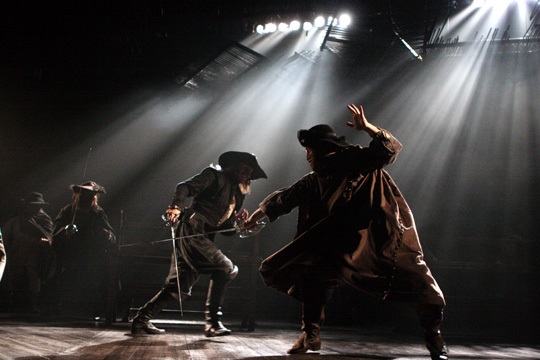 Absorbing from start to finish with a superb cast! 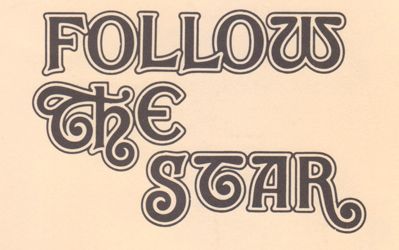