Skip to content
Recent architecture graduate, Fay Wilson, describes one of the driving forces behind the design of the Chichester Festival Theatre building.

‘Form follows function’ essentially relates to a strict design point of view, which says that the purpose of the building must be considered first, and how a building looks should be led only by this consideration. As a result the building’s form will express its function.

This principle can clearly be seen in many parts of Chichester Festival Theatre:

When designing the auditorium the architects knew they had to arrange a certain number of seats around a Thrust stage. They started with a large circle (the auditorium) with a smaller circle inside it, pushed against one side (the stage), and worked from there. They soon decided a hexagonal auditorium would make for better acoustics and would be much cheaper to construct. The demand that the principle part of the building be hexagonal radiates to the external façade of the Theatre in the finished building. The large concrete shell containing the auditorium is left exposed, reflecting the tiered seating inside as it dictates the form of the whole building. Cradled by the cantilevering columns above the foyer space, the auditorium projects out into the park, making a real statement to those visiting the Theatre while showing the building’s internal functions.

You can also see how this building functions structurally as all key structural elements are uncovered. These are the six concrete columns, the two concrete ring beams, the concrete auditorium shell and the high tensile steel rods which run just below the rigging inside the auditorium. All of these elements work in harmony to maintain the structural integrity of the building and not only can be plainly seen, but contribute to the visual effect of the whole building.

Find out more about the architects

Take a visual tour of the original auditorium 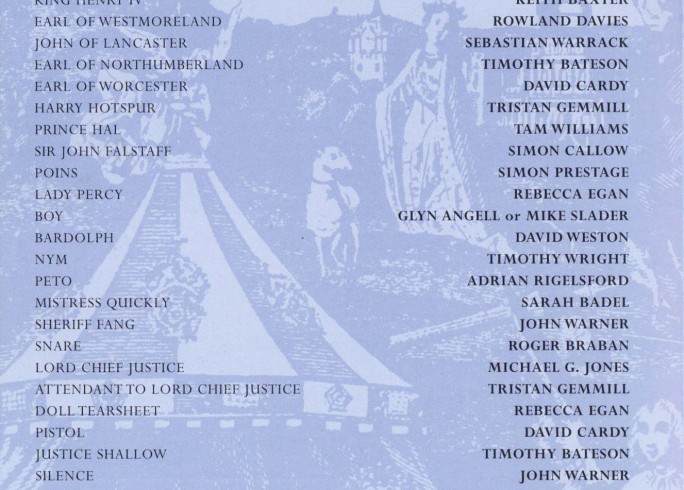 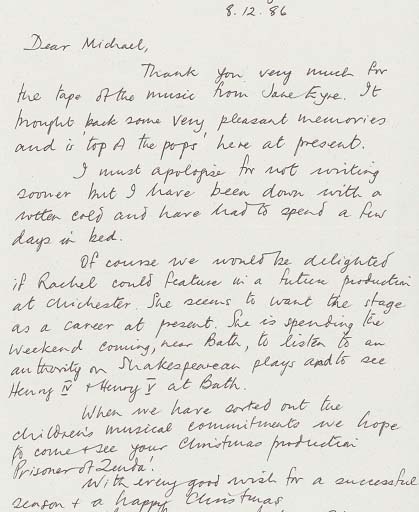 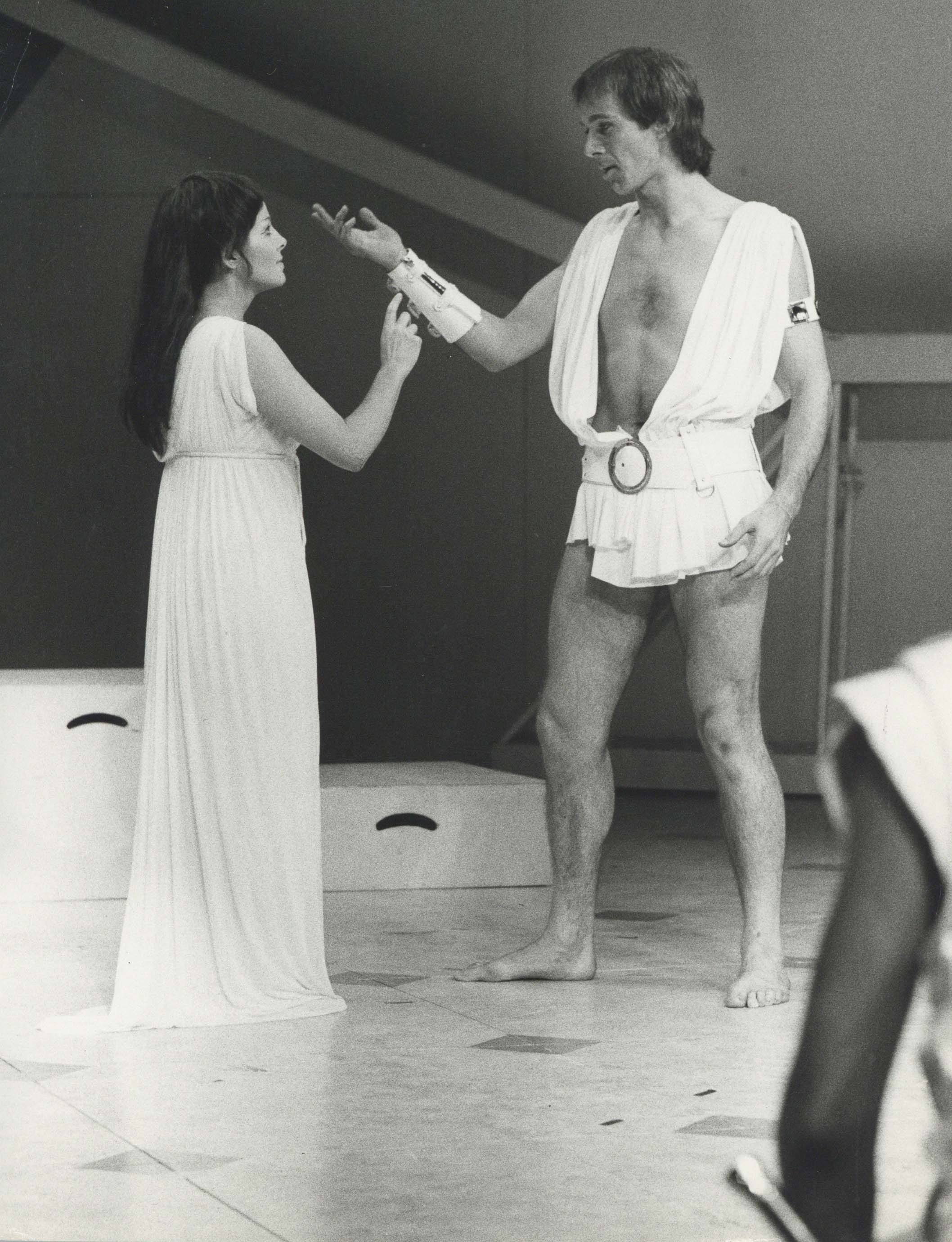 Featuring Anna Calder-Marshall as Cleopatra and Peter Egan as Apollodonus 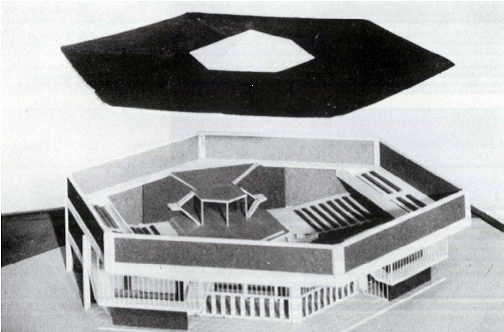 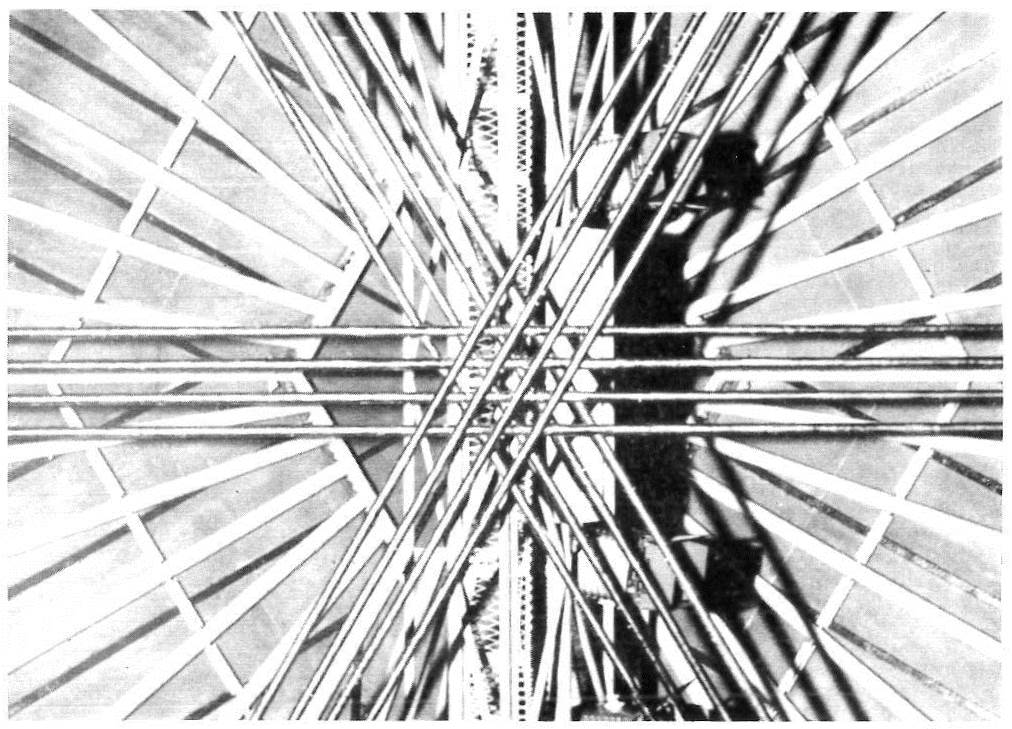 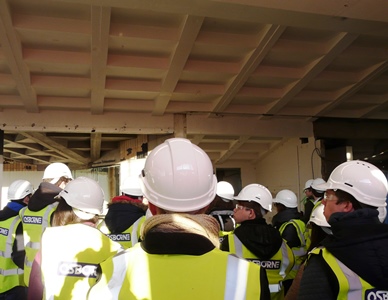