When architectural duo Powell and Moya designed Chichester Festival Theatre in the early ‘60s they brought in Structural Engineer Charles Weiss. Weiss had previously worked with them on the Skylon Folly for the Festival of Britain in 1951.

Weiss’ daughter, Emma Cole, has given Pass It On an account of his life and career that helped to build Chichester Festival Theatre and its pioneering suspension roof. 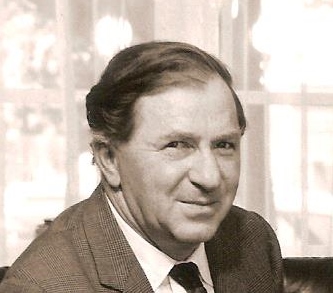 My father Charles was born in Budapest in 1914 to Jewish parents. His life as an émigré started early in the 1930s when he was forced through the numerus clausus to go to university in Brno, Czechoslovakia where he studied architecture.  He completed his doctorate of architecture in 1936 in Florence where he also worked before moving to Milan.

In 1939 as the European scene worsened, he was offered a passage to Shanghai and managed to secure refuge in Singapore along the way. He worked there as a structural and architectural designer until 1942, escaping on 13 February 1942 just before Singapore was captured by the Japanese. He reached Bombay in March 1942 where he joined the British Army and gained a commission to the Corps of the Royal Engineers. He served mainly in Assam and Burma, eventually commanding an Indian Sapper Company as a Major.